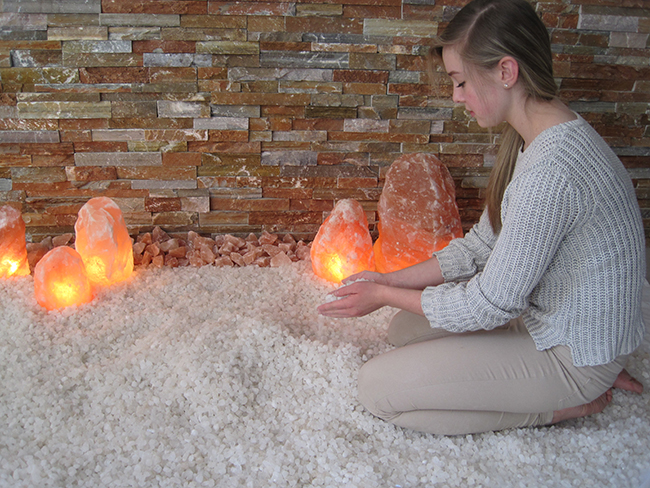 What is Salt Therapy?

Salt Therapy (Halotherapy and/or Speleotherapy) is a scientifically proven method for the treatment of respiratory and related health conditions by artificially reproducing the microclimate of salt caves.

This controlled microclimate is created by a device known as a ‘halogenerator’ spraying salt aerosol into a special room (the Salt Spa) where the walls and floor are covered with layers of salt, creating a modern man-made salt environment. The halogenerator produces and maintains the required level of natural concentration of salt microparticles and creates similar to those existing in a salt mine. 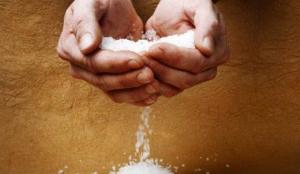 The history of Salt Therapy (Halotherapy/Speleotherapy) can be tracked from ancient times. Historical records contain information on the treatment in salt mines since 500 BC. Salt caves attracted the attention of clerics in ancient Greece.

The ancient Indian epic poem “Ramayana” written around 200 AD, tells how the soldiers, exhausted by chasing the kidnappers of children, took refuge in a salt cavern. Breathing the air of the salt cave, the warriors surprisingly quickly regained their strength and overtook the enemy.

In the mid 18th century a Polish health official Felix Botchkowski noticed that the workers of salt mines did not get ill with lung diseases. He wrote a book about the effects of salt dust in 1843. His successor M. Poljakowski founded a Salt Spa in Velicko near Krakow which is still in operation today. During the Second World War salt mines were often used as bomb shelters. After spending time in the mines, many people, despite harsh labor conditions and poor nutrition, even those who suffered from asthma and other lung diseases felt that their health had improved.

Avoid Salt Therapy if you have one of the following:

As the growth of Salt Rooms increase in the USA, many of the contraindications that were suggested almost two decades ago in Russia and the other European countries, were carried through into the American versions of Salt Rooms. However, the past 20 years of experience and research in those European Salt Rooms has proven that there are very few concerns for those choosing Salt Therapy and they could not justify any warning once proposed. We agree. That being said we suggest the following:

Very relaxing and helped with my respiratory problems (a sinus infection and pneumonia lasting 3 months). Left the session felling energized and less stressed.

Love it – feels like you are at the ocean. The smell, taste, and relaxation. It has helped my SAD, sinus, fibromyalgia. The staff are super nice!!!

For me, the experience is rather similar to being on a quiet island beach. Total relaxation with the alleviation of allergy issues.

Located Inside The Wellness Spa in Stevens Point, WI

Purchase Online at www.qigardensaltspa.com or call The Wellness Spa at 715.341.3333.